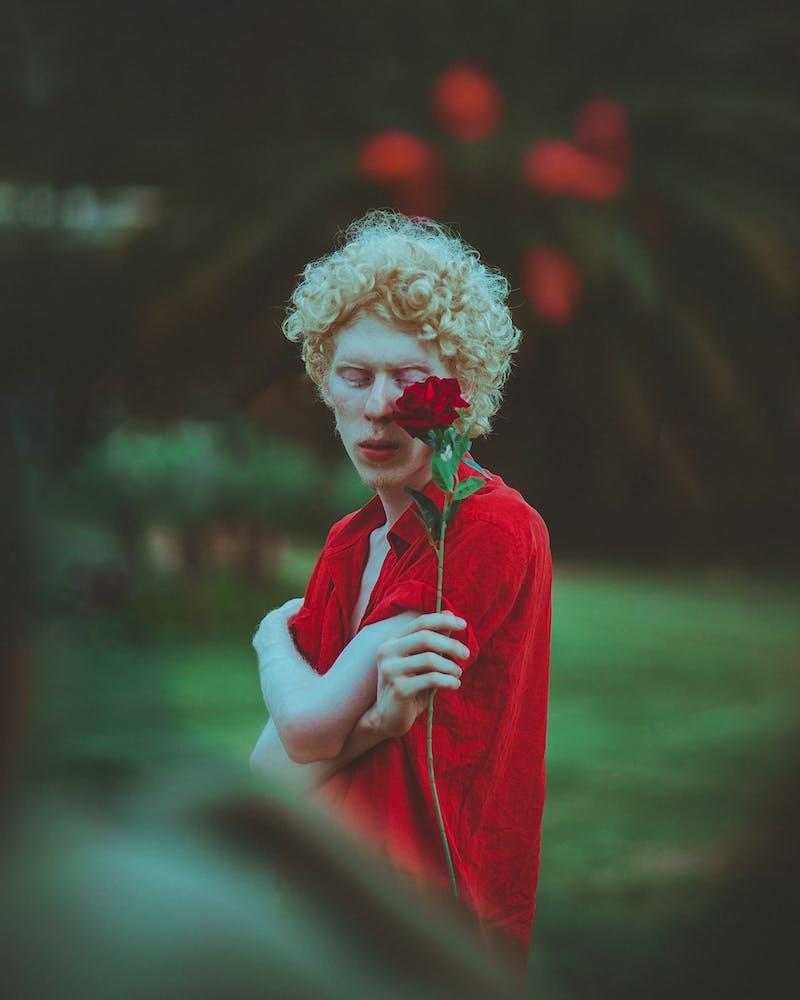 Yes, I say, yes, I am not well Forgotten: consumed by flames of authority, failures in the past My mind – love the stories you tell, scared by your indifference fear no evil when it’s all around me primate circus where everyone plays their role no content is needed as long as it rhymes and […] Last night I had a peculiar dream: I was sitting at a desk, a drawing of a pin-up model in front of me. The teacher leaned down before me and asked me how I knew I was a woman.

Of course, in the dream I started rambling about fertility and womb and not having a penis, but the question sort of stuck with me. Such an odd thing to ask. How do I know I’m a woman?

Or, more precisely, when did I know I was a woman?

I’ve always been quite oblivious of my own sex. I grew up with two younger brothers and throughout the early days of my childhood, I basked in the illusion that I was their equal, maybe even their superior. (I was the oldest, after all.)

Then I began school and older boys would stalk me, yell at me, touch me against my will and trying to herd me into corners of the schoolyard where the teachers couldn’t see us, getting me “all to themselves”. Did I know I was a woman, or a woman-to-be? Hardly. I just thought they must be extremely stupid.

Did I know I was a woman when I received my first whistles on the streets, my first unwanted advances by older men, my first offer to jump into their car on the street? Nah. I was still a girl, fiddling around, being a – what is it they call it? Cock-tease?

I convinced myself that I was going to be a woman. I bought push-up bra’s and strings, I colored my eyelashes pitch black, I got powdered and pinned down, and I said yes, covering myself in the illusion like a perfume. I learnt womanly sentences by heart – yes, yes, I don’t mind, no really, thank you for the compliment Sir, that’s so sweet of you. I was seventeen.

I am now twenty-three. Have I earned the right to call myself a woman yet? Have I gone trough enough bullshit, enough degradation and strife? How do I know? Woman seems threatening, a responsibility to assume or a price cup to keep locked in your closet forever.

Am I a woman because I tear easily, like waxed paper, barely making a noise as I fall apart, because I’m simply fragile? Or because I get up each time, dry my nose and re-assume fighting position? Am I a woman because I create, the papillae on my tongue melting into words that seem starved once they reach my fingertips? Because I endure the laughs and threats and gazes, pats on my shoulder and “It’ll be fine, sweetheart”s? Because I persist?

Or is woman a lifelong process starting with monthly blood cascades, erupting into hot steaming lava and eventually stiffening into merciless, cold rock?

I know this. There isn’t one second in which I find myself the same person as the last. I’m pushing forward.

Henna Sjöblom is a hobbyist writer and an aspiring novelist from Finland. She maintains a small creative reserve at MurderTrampBirthday.

Have you ever tasted true revenge?
Ever feared the loss of a wound more sacred
than the hollowed out palms of Christ?

I’ll tell you, I dip my knuckles in holy water after each defeat,
so that soon my skin will be impenetrable. I charge my gun with self-pity,
coat my blade with spite.
Don’t talk to me, I grin.
I am self-destructive.

Don’t get me wrong.
I’m not stigmatizing, and I can’t be a martyr, as I never bowed to anyone.
Who the fuck set the rules anyway?
I’m a bloody artist, displaying slashes as exhibits in a showcase,
and I take pride in my performance,
but presenting wounds won’t omit the truth,
and the truth is
I’ve never felt better

I’ll tell you what I am.
I am too big for this place.
Acid-tripping deicide angel,
fast-forwarding trough my own rapture.
Unashamed,
unrefined,
I am what mourning widows sing of
on their way to the gallows pole.
We’re the girls that already died once.
We don’t need anybody else.

Welcome, dear Sirs.
Have a seat.
Today we’re gonna learn how to slaughter rabbits.
Cut along the dotted lines, where the flesh is the most tender. If needed, lift the skirt a bit, thereafter poke a hole in the stockings using a sharpened nail.

Rabbits are esteemed survivors. If you are swift, you can manage to snatch one just before it leaps into adulthood,
but be aware that the same rabbit might return
years later, standing in your doorway at 4am
covered in gasoline, bloodshot eyes and an AK-47 pointed at your skull
when you wake up,
gasping for air, and stumbling trough the balcony door
you may find them in the smoke of your cigarette, fondling down the inside of your throat,
or on the sticky pages of the adult magazines on the bedside table,
or in the hand that grabs and caresses you in the dark, while you lay naked
and itching,
caressing, pumping,
desperately aching to feel something,

When was your first time?
Who taught you?
Graceful rabbits, watch them go,
march in line towards the water’s edge
bleeding cotton candy and crying phosphor

We are the bloodied thighs
and empty beds
ripped off polyester ears
painkillers chugged down with absinthe
in the early morning
We are persistent.
If you cut trough our stomach, our hearts may sometimes go on beating
for 40,
maybe 60 years,
but always a little faster than before,
in painful awareness
knowing what it’s like to have life ripped out by your own hands
and never forgetting the sharp intrusion
steel to flesh,
and you,
do you blush
before swallowing
or do you just
consume?

I had a dream I was at a party.
The lights were low, all the flooring made of glass
everyone around me were previous versions of myself
Someone flashed a camera in my face
I didn’t want my picture taken
because I was ashamed of what I might not yet be
I told the 5-year old me there was no one waiting for her
and nothing bad would happen if she stopped waking up at midnight
to check the dark corners of her room
I warned the eleven-year old me not to cut her hair
or pout her lips at the school photographer
the 16-year old me’s all had bruises, corsets, and striped thighs
they were dancing alone, crying, and yelling that they were feeling great
I gave them each three shots of vodka
and the number to the hospital emergency clinic
I turned to my incarnation from last year,
and opened my mouth to tell her
“yes”
“the answer is yes”
but just then a squint-eyed boy grabbed my arm
and dragged me out of the apartment.
Under the bright urine-colored streetlight, in the tapping November rain,
he lit a blunt, turned to me and told me he was god
and that I had exceeded my limit of legal intervention
he said I was losing time
trying to redeem the already forgiven
I cried while he pulled a deep breath, the sweet, prickling scent of marijuana filling the dampened air,
I cried because I didn’t want to go back
nor did I have time to be anyone’s Jesus
I cried while he just stood there and got high
and when I woke up the fog had been lifted from my eyes
it’s not that I don’t care, not that I don’t wish for a
redemption, to try again
it’s just that I have grown sick and tired of this place
that I’ll never be anything but incomplete,
leaving behind unmade beds, hair-filled sinks and broken hearts,
signs of a calamity
still in process 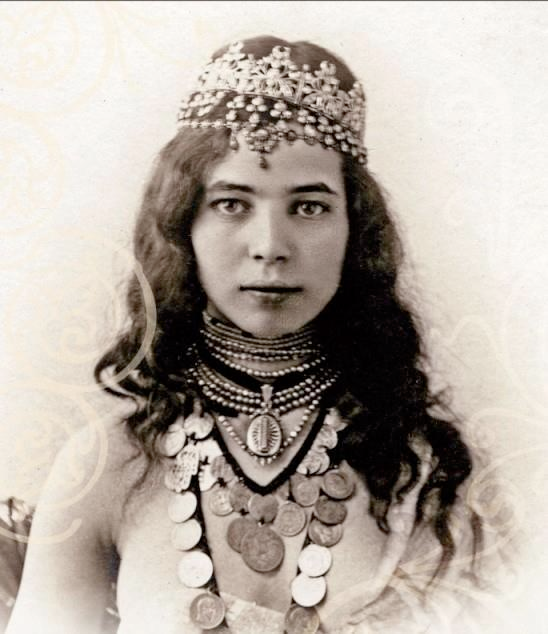 I was fourteen, and starting to decompose faster

Already kneeling in the mud

I could feel my body being stretched out

it drove its way in,

with a silent battering ram

and swords of silk.

you were the first time

I felt the touch of death

oh, hateful –
but grateful she was
that the stone struck when it did.

a cry of despair,
like when I was nine,
lying on the hard parquet floor of the living room
cupping my breasts,
trying to push the knots back in
I’m just a child! I’m just a child!

she lifted dead hands
in praise of her protector,
for protect her he had,
and as layers of dirt built up,

I threw rocks after boys
who came yelling my name

bound to lie
in pungent darkness
that she only made danker.

Year by year,
as my body sank down in the bog
I grew more and more desperate
searching for ways to cleanse myself
an orgasm,
a reckless mascara plump on the cheek,
a slit wrist,
an aching need
for affirmation
the summary of an entire childhood,
tucked into a bra

the sores on her skin
filled with soil,

all girly things are good,

the scars on her arms

bright in the black of the bog

all girls to learn how to play nicely

how to decay without a sound

compressing yourself into a fossilized smile,

and a constantly repeating

“yes, I forgive you”

This was originally published by the Sudden Denouement Literary Collective.

Lois describes herself as a “confused english student,” though one quickly finds a polished, charming poet in her work. She has an elegant style that compliments her keen insight and whimsical sensibilities. You can read more of her work at her self-titled blog.

Murder Tramp Birthday, previously Malicia Frost, dropped the disguise and is now publishing under her real name Henna Sjöblom. A hobbyist writer and an aspiring novelist from Finland, she enjoys surrealism, sci-fi and horror, and her works often deal with mental illness. More of her works can be found at her Murder Tramp Birthday.